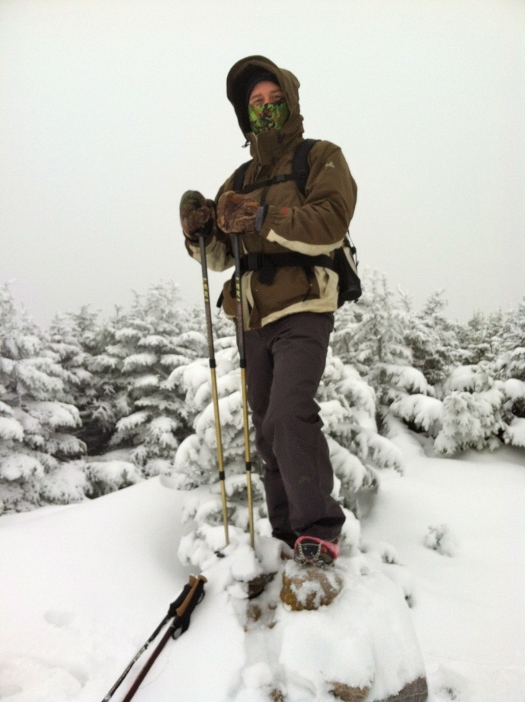 Eleven out of twelve is a good record.  David and I realized our 2013 intention of getting above tree line at least once a month for elven out of the year’s twelve months, and it was as much fun as we’d hoped it would be. We freely stretched our definition of “above tree line” in order to make the eleven, but not so much that we didn’t admit it didn’t happen in November.  Just too much going in.

But we made did it in December, yesterday in fact.  Cathy, Betsy, Sam, David and I took the Crawford Path to Mt. Pierce, the first above tree line hike we did in 2013, back in January.  There was far less snow yesterday than 11 months ago, a clouded summit, and trees that looked like underwater growth, which I guess in a way they are, shrouded with ice then snow then more ice and snow until there is only a slightly tree-shaped mound along the edge of the trail. 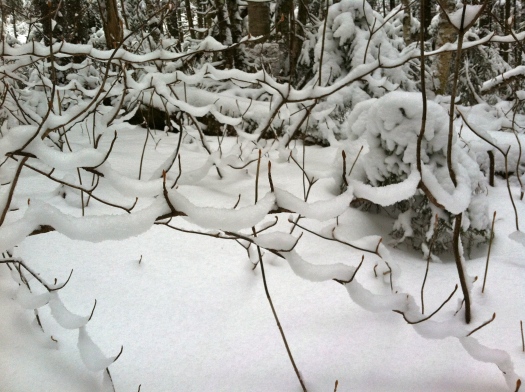 There were also snow ribbons draped in loops from the thin horizontal branches of saplings. And the always welcome ease of footing on a packed trail; even if a bit icy with rocks sticking through in spots, between new insulated boots and micro-spikes, it was a quick, easy walk.

One Reply to “Above Tree Line: December”