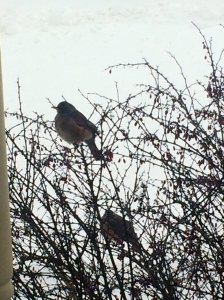 A flock of robins has been flapping around my yard this week, lifting off from the maple outside my study window to fly to the garden and pick at shriveled globs that used to be apples, still hanging from bare branches.  They’re also eating the berries on the barberry bushes, leaving bright red splotches of bird droppings in the snow under the maple tree. Puffed up against the frigid temperatures and wild wind, as if making their feathers into bulky coats, their orange breasts are a welcome touch of color in the monochrome landscape of bare trees, white pines harboring darkness under their boughs and snow.

Anyone who lives in the southeastern part of New Hampshire knows that snow and snow and then more snow has been our story for the last couple of weeks.  I went to a Martin Luther King Day Commerative at the University of New Hampshire last week, to hear Natasha Trethewey deliver the Commerative Presentation, which turned out to be her talking about how she came to write her poems, a selection of which she then read. Stunning.  And encouraging to realize a woman of color could be so highly celebrated, even appointed U.S. Poet Laureate, for writing direct and accessible poems about our country’s history of racism and power imbalances.

So what does that have to do with robins and snow?  One of the speakers before Trethewey said that courage has been called the willingness to tell your story wholeheartedly.  That got me thinking about stories, in particular my story, or stories, as I think about the next steps in my writing projects — getting back to my novel to get it in shape for readers, and then reengaging with my memoir.  I was at a meeting a couple of weeks ago and we were discussing someone who had mentioned she was writing a memoir.

“She’s writing a memoir?” a woman at the meeting said.  “As if her life is that interesting.”

“I’m writing a memor,” I said and the woman replied with something about my life being interesting enough to write about.  She was covering herself, because she hardly knows me and has no idea what my story is, or what part of my story I’m putting in the memoir.

And it also made me think about this blog and the blogs I follow.  They tell stories, some large, some tiny, the most successful translating some part of a life into a narrative interesting enough that others want to read it.

So what is today’s story, or the story of the last couple of weeks when I haven’t managed to post anything on my blog?  I’ve been busy being Mimi to another new baby. 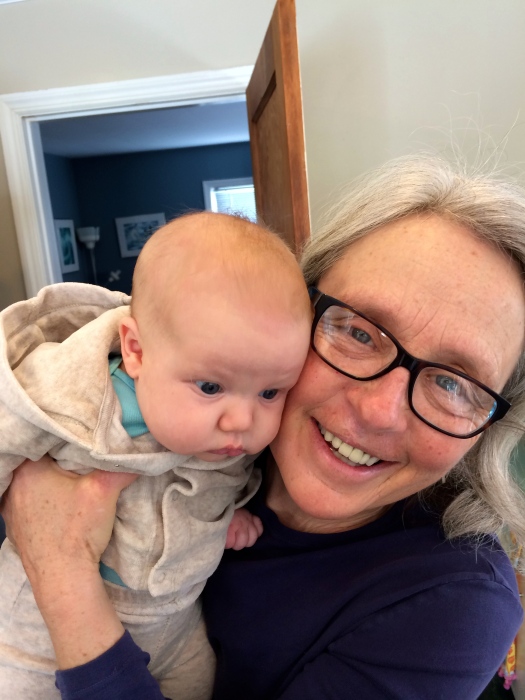 I’ve been working on both volunteer and consulting projects that always seem to chew up more time than they should.  I’ve not been writing much (as evidenced by the lack of blog posts) but I did go to a party with bigger-than-life-size super hero balloons and spent time batting Spider Man up in to the air to float above me.  That was a first. 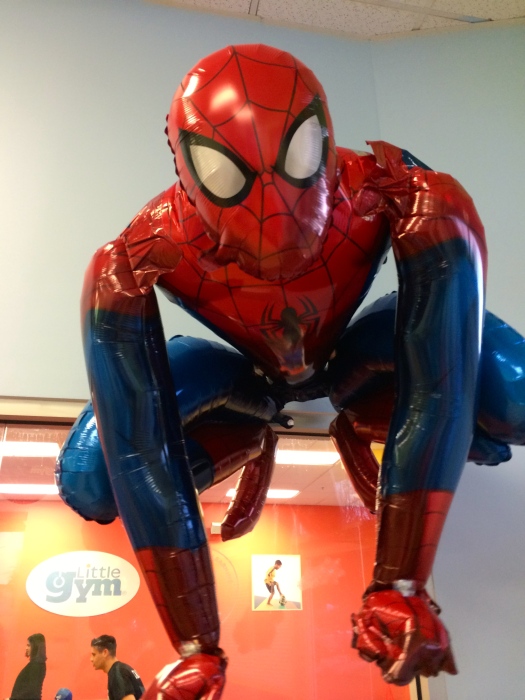 I’ve been skiing every day I can and shoveling snow every day I have to, which has been most days. 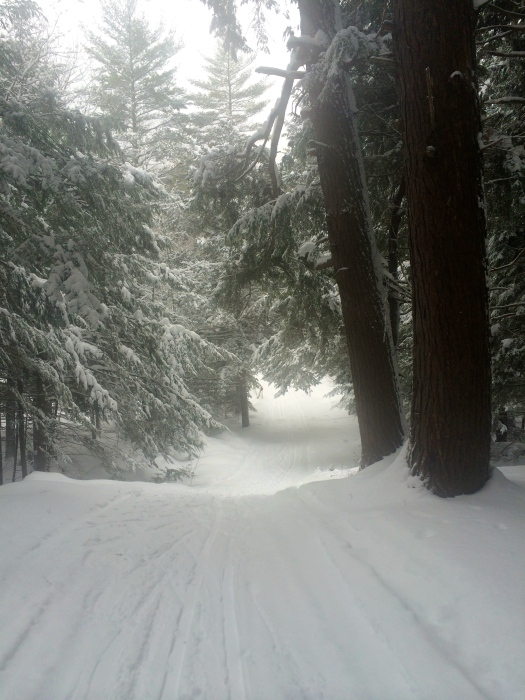 I’ve been watching the robins try to make it through this very wintry weather and anthropromorphisizing their regret at not having migrated this year.  Does this make a story?  It’s made for a very full couple of weeks anyway.