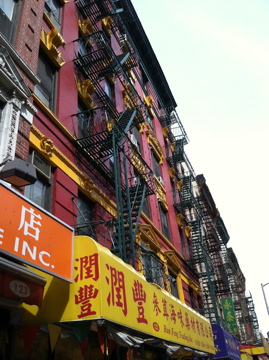 Yesterday David and I spent a few hours in Manhattan.  We dropped Emilio off at daycare, took the train to Penn Station, and went for a walk — 7 miles, through the Greenmarket at Union Square, then down the Bowery through Chinatown and Little Italy and back up Broadway with a two-bags-full stop at the Strand Book Store.  As we walked, I thought about our plans to spend today in Boston, ending with my reading with other WordTech poets at Boston Public Library.  Then on Wednesday we had plans to spend time with Melia in Portland.  Three days, three cities.  Sweet.

Except yesterday ended in sorrow and dismay, and today was not what we planned, not what thousands of people in the Boston area had planned.  There is so much sadness in the world due to natural causes, why does anyone do anything to add to it?  I know that sounds ridiculously naive and innocent, but it’s a time of year that generates sadness as I move into the zone where I remember everything that was happening from seven years ago, as Eric’s grave illness was diagnosed and he got sicker and sicker.  That grief gets layered with other losses and struggles of people I love dearly who are very close to me, people I care about who are a little further out, people I don’t know well but whose difficulties cross my path and send in ripples of sadness, people I don’t know at all, but whose losses happen in the public sphere and so we all know about it almost instantly and feel a flash of their pain.  As we did yesterday.

Tomorrow we’re still planning to go to Portland, so it will be two cities in three days, with a swim through sorrow in between.